Things bode well for 2014 when the first “proper” week of 2014 has two great shows kicking off in the East End, though we are otherwise engaged with a Shoreditch Street Art Night Time Photography Tour.

Saber MSK AWR is a graffiti legend based in LA, most famous for writing his name on the concrete bank of Los Angeles River, the largest piece of graffiti ever painted.  His work has crossed to the UK before, most recently for a 2012 group show with three other American legends, Ron English, Trusto Corp and Risk.  His art has previously touched on matters of national identity, public welfare provision and patriotism.  This time, Lazarides suggests “For The Ugly American, Saber has painted a series of impulsive abstract works which illustrate the excesses of American society.”  Abstract calligraphy but check for hidden naughty words. 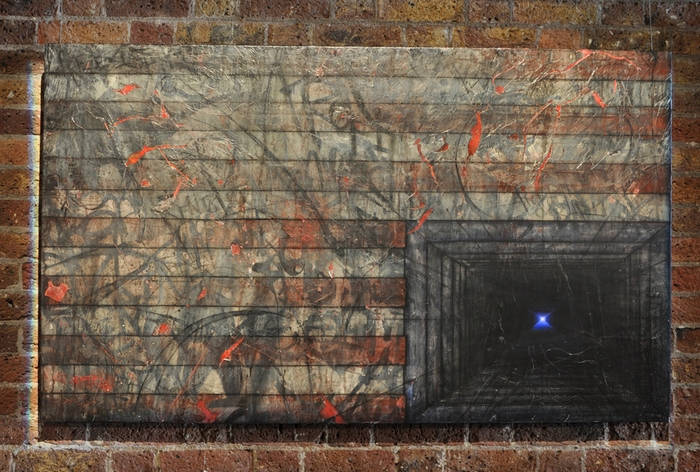 RSVP required (according  their email, RSVP by replying to mailinglist@lists.lazinc.com.  That’s what it says!)

ID Crew (Ivory Dukes, Idiots Crew) has at its heart some of London’s most influential and artistic graffiti writers.  Crew membership has evolved over time but from the thesaurus of alternative words for Idiot on the show flyer we can expect to find Shucks, Tizer, Wisher, Mace, Jobe, Relay, Stika, Crow, Pref, Imerse, Ike, Gent & Aces.   This is sure to be a massive meeting of London faces in what is possibly Shoreditch’s smallest gallery, expect crowded streets and somebody to un-expectedly find a marker “just lying on the ground officer” at some point.  Skimming through the photo library to select a few images to illustrate the work of these guys has been a huge, distracting pleasure!