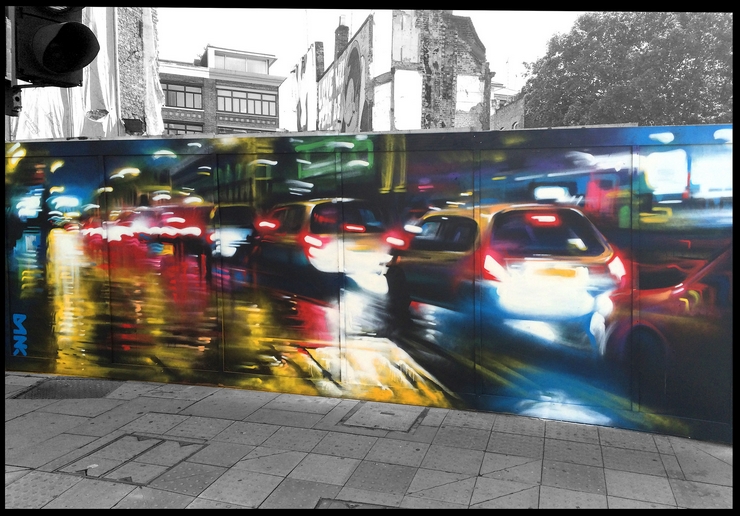 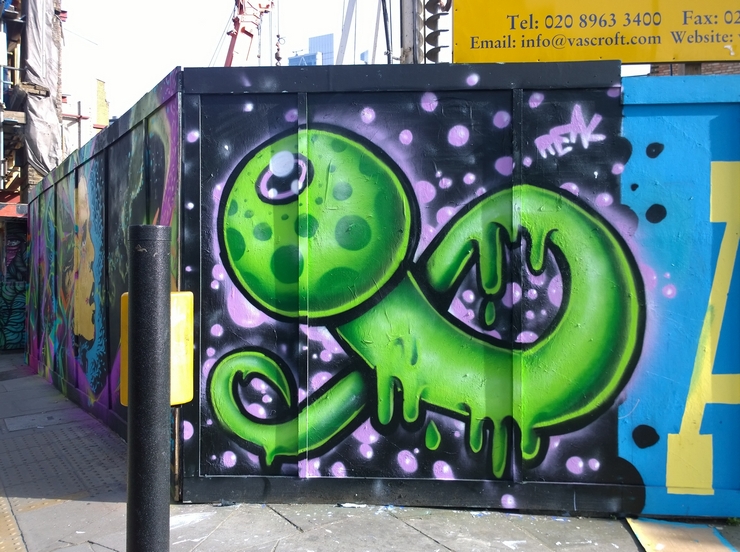 Shoreditch Street Art Tours is delighted to announce that it has been awarded the prestigious and prized Tripadvisor 2015 Certificate of Excellence.

This award is testament to two things, the most important is our wonderful guests who have chosen to share their appreciation of the Shoreditch Street Art Tour activities with the public through Tripadvisor. The second, and we blush here, is down to the quality of the tour. At this moment a quick glance at Tripadvisor shows that since its first review appeared in July 2013, Shoreditch Street Art Tours has received 601 reviews and a massive 587 – that’s 98% – of those are 5 out of 5 stars. The other 14 of course are all 4 stars.

The art always changes, the route may changes, the message often changes but the quality of the experience is unwaivering. We thank all the guests who have provided feedback through Tripadvisor and the other locations where independent reviews can be placed, here are just a few snippets from recent Tripadvisor reviews:

“I brought along my husband who didn’t have a previous interest in the subject and at the end he said, “This is the best tour I have ever been on in any city”. ” – Annie Y, 16 May 2015

“with Dave’s expertise, we were able to understand and decode the messages hidden in the work” – Maria V, 12 May 2015 Guests on Shoreditch Street Art Tours have a long and happy streak of luck in finding art deliberately left on the streets of Shoreditch for collection.   The artist Sean Worrall is doing a special project throughout 2015 involving leaving 365 pieces of art out on the streets for people to find, take home and treasure. On the Shoreditch Street Art Tour today we found a new piece from Sean’s project. Lucky guest Lucas liked this one and now the art has found a happy new home, nice one Lucas! Tomorrow the United Kingdom goes to the polls, except for those poor fools who thought that a dissenting childish megalomaniac comedian was the god-font of political wisdom and declined to register. Street artists have been sharing their thoughts on the prospects and that is a good thing as 5 years ago there wasn’t enough political agitation emanating from the walls.

K-Guy is a London based street artist who has often mocked politicians and pricked the bubble of right wing sentiment on issues such as the economy and immigration. On this occasion he doesn’t have a specific agenda other than seeming to hanker after any other choice apart from the ones we actually have, he regards our current system as moribund, pointless and redundant as nothing changes for the better. One after Russell Brand’s own heart. What is particularly impressive is K-Guy’s technique, that piece is an illegal stencil. Earlier this week I came across a soggy pile of paper on the floor, intrigued by what this pile of paper might yield I did something I have never done before, a 50 piece street art paste up jigsaw! Damn that paper was sticky and horrible.

Street artist T.Wat loves a bit of political humour and evidently hates watered down nationalistic facism. There is more than a hint of something disturbing in the fetishistic sado-masochistic paraphernalia that UKIP leader Nigel Farage rocks on the walls of Shoreditch. Of course, it is not clear if that dress sense is a good thing or a bad thing, each to their own and who are we to criticise – look at the French and Italian politicians Perhaps Farage has more in common with European politicians than appears at first glance though I suspect that wasn’t T.Wat’s point, the swastika kind of suggests not. T.Wat has puts up the “making of” video and like K-Guy he scores bonus points for putting up a complex multi-layered stencil composition without permission.

Unify placed this paste up a couple of weeks ago with the see no evil/hear no evil/talk no evil monkeys wearing the rosettes of the three main political parties, in some repscts I feel the idea is similar to K-Guys sentiments, identikit politicians basically aren’t going to effect any kind of change, they are too absorbed in their own self interest and self preservation. Another couple who I regard as talented but infrequent street artists are Expanded Eye, their artwork is generally one off well thought through and often quite sculptural in appearance. On this occasion they have produced a body politic headed by a collage combining facial features from the main political leaders but they are willing to produce a manifesto for your convenience so long as you cross their palms. Fine if you can afford to finance the manifesto you require, so we know that means..fine for the rich. Nice work by Expanded Eye. Sarcasm is a fine weapon in any political street artist’s arsenal and this “Feed The Rich” is probably the most targeted negative political piece of art seen so far, the tag appears to be C. B. R[ant]. Not many street artists dive into specific policy issues, though one artist is using walls to highlight concerns about the Badger cull with the witty slogan “If badgers could cull 70% of politicians it may reduce ridiculous countryside policies”. A second piece of street art suggests that if badgers were bears there would be a massive lobby for their protection. Possibly not the kind of issue weighing heavily on the mind of voters in Tower Hamlets, Islington and Hackney On the subject of “special interests”, British Election night always has its comedy moments, often provided by the sight of the nutter candidates who lose their deposits (an entry fee designed to filter out crank candidates from the British Political process but the worst cranks generally have large scale party funding) but who harass and barrack the main candidates to our general delight and entertainment. The campaign for sexual liberty is progressing down a secluded path of 50 shades of something more interesting to do that vote with their campaign posters. Stylistically there is some similarity to the work of Shepard Fairey though it is unlikely he has been tied up in this project. So, all in all, British Street artists have been slightly more active than in the recent elections using street walls to bypass censorship and the costs associated with major political campaigns which is the point of uncurated access to an audience!  The sentiment is partly anarchy and partly disenchantment with the current system and parties with a healthy opposition to fascism and self serving capitalism.  Go and vote.